-->
Home/ Religy/Convert To Islam : Islam is the Perfect Building

Convert To Islam : Islam is the Perfect Building 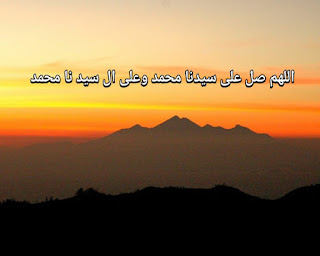 Mohammad Asad (1900-1992) was a well-known Muslim scholar in Pakistan. He is a former Pakistani ambassador to the United Nations (UN) and author of several books on Islam, including one of the modern interpretations of the Qur'an, namely The Message of the Qur'an.

Mohammad Asad was born in July 1900 with the name Leopold Weiss in Lemberg City. At that time, Lemberg City was part of the Austria-Hungary Empire (now called Lviv and located in Ukraine) in a Jewish family environment. Her family is hereditary rabbi (Jewish religious leader), except her father who became a lawyer.

The religious education he obtained from childhood to youth made him familiar with Arabic. He also learned a lot about the Old Testament and the texts and interpretations of Talmud, Mishna, Gemara, and Targum.

At the age of 14, Mohammad Asad ran away from home to join the Austrian army in the First World War (WWI). At the age of 19, he left his studies in Philosophy and Art History. Later, he became a film pioneer assistant, Dr. Murnau, and a genius in the theater, Max Reinhardt, in Berlin (Germany).

His introduction to Islam began in 1922, when he became a reporter for the daily Frankfurter Zeitung (a leading daily in Germany). His profession as a journalist requires that he leave his homeland, Austria, to travel to Africa and Asia. Since then, almost all of his time has been spent in Eastern-Islamic countries as a correspondent for several newspapers published in Europe.


Thanks to the deep impression of the results of his wandering in Middle Eastern Islamic countries (this is recorded in one of his books Road to Mecca), Mohammad Asad later converted to Islam.

He added, "This sympathy is slowly causing my desire to investigate the cause of that difference. And, I became interested in the religious teachings of Muslims. With this problem, I have not felt attracted enough to embrace Islam, but it has opened my eyes enough to a new view of progressive and orderly human society, with only a few contradictions. But, with a great sense of brotherhood and sincerity, even though the reality of the lives of Muslims is now far different from the possibilities that can be given by Islamic teachings, '' he added.

He then said about Islam, "In my view, Islam looks like a perfect architectural result. All elements in it harmoniously complement and support each other; nothing is excessive and nothing is lacking, the result is a structure with perfect balance and strong composition. "

The changes that occurred in his perspective were not realized by Asad. Until one day in the fall of 1925, in the mountains of Afghanistan, a young governor said to Asad, "The master is actually a Muslim, only Mr. himself did not realize it." He was shocked by the Governor's words. "And, I kept secretly thinking about it," he said.

When deciding to return to Europe in 1926, Asad thought the only logical consequence of his position was that he must embrace Islam. "That is what has caused me to declare my Islam. And, since then also came the many questions that read: Why do you embrace Islam? What has attracted you? '' He wrote.

After entering Islam, he went and worked throughout the Islamic world, from North Africa to Afghanistan in the East. And, after several years of studying Islam, he has become a prominent Muslim scholar in this century.

"Thus Islam has entered the depths of my heart, like a thief who entered the house in the middle of the night. However, Islam has entered to continue to remain forever, not like a thief who enters the house and then rushes out again. Since then, I have seriously studied what I can learn about Islam. I have studied the Qur'an and the Sunnah of the Prophet. I learned the language of the Islamic religion and its history. I also learned most of the books or writings on Islamic teachings as well as books and writings that opposed it. All that I did in more than five years in the Hejaz and Najed, and more in Medina. So that, I could experience something in an original environment, where this religion was developed for the first time by an Arab Prophet. While the Hejaz, is the meeting point of Muslims from various countries, where I can compare several different religious and civic views and dominate the Islamic world now, '' he explained in the book.

All these lessons and comparisons have instilled satisfaction in his heart, Islam as a spiritual and social miracle is still upright, despite the setbacks caused by the shortcomings of the Muslims themselves. As far as Islam is still the greatest power ever known to mankind. Since then, his attention has been shed to restore this religion to its former glory.

He wandered and witnessed with his own head some liberation movements that emerged at the beginning of the 20th century, to liberate the Islamic region from the colonials. He visited India, where he met and collaborated with Muhammad Iqbal, a philosopher and poet who inspired the birth of the country of Pakistan. After the establishment of the Pakistani state, Mohammad Asad was appointed as director of the Department of Islamic Reconstruction in West Punjab, then appointed as the representative of Pakistan at the United Nations.

Nearing the end of his life, he later moved to Spain and lived there with his second wife, Paola Hameeda Asad, until his death in 1992. He was buried at a funeral in the town of Granada, Spain. He left a son named Talal Asad.

The two important books of Mohammad Asad are Islam at the Crossroads (Islam in Simpang Jalan) who comment on his point of view of the Islamic world and Road to Mecca which contains the story of his journey, visiting countries in the Middle East. He also wrote The Message of the Qur'an, a translation of the Qur'an which was complemented by a brief interpretation based on his knowledge, in classical Arabic and classical interpretations.

The interpretation is acknowledged as one of the best translations of the Qur'an in English, though it is criticized by some traditional flows, such as the Mu'tazilah. He also wrote translations and comments on Sahih Bukhari, one of the leading books of hadith collection.